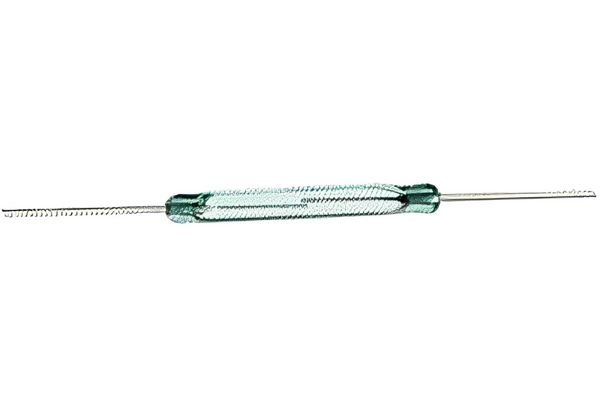 Float switches are fundamentally a basic level control product often containing a reed switch to perform the required level control action.  The most confusing part in selecting a float switch is determining the magnetic reed switch type needed and the action it needs to perform.  There is not a one type fits all answer as it depends on the application that the switch is being used in and the level of complexity in the control circuit that it is being used for i.e. is it simply to light a lamp to indicate something has changed, or will it be needed to start or stop a pump or control the operation of a valve and light a lamp.  Levels of safety considerations in a circuit also need to be considered too.

This blog is the first in a series, with the aim to help somebody new understand the terminology and need for the information when ordering a switch, or provide a reminder for those that have not needed to know the information for a while.

Areas discussed include understanding how to choose the normal state or a reed switch between a normally open (NO) or normally closed switch (NC), the meaning of common switch types of single pole single throw (SPST) and single pole double throw (SPDT) and common switching actions e.g. make on rise (MOR), change on rise (COR), make on fall (MOF).

Additional blogs will go into more detail for various applications and the installation and wiring of the switches, and to understand what a magnetic read switch is, see our blog on what is a reed switch?

A frequently asked question from customers when specifying a float switch is whether they should be choosing a switch to be configured as a Normally Open (NO) or Normally Closed (NC) switch and what the terms represent.

The term meaning depends on the switch type chosen, an understanding of the switch types can be found below, in a SPST switch the normally open switch has contacts that are open when the switch is off and no current is passing through.  In a normally closed switch the contacts are closed and an electrical current can flow. For a SPDT switch, electricity flows through both a normally open and normally closed state, the terms help identify which circuit the electricity is flowing through. 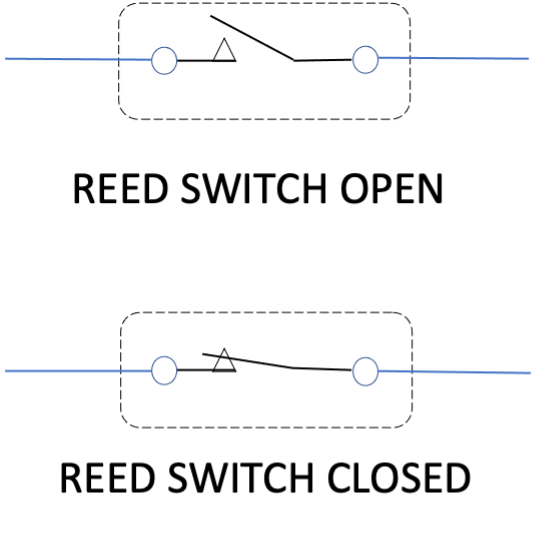 The confusion normally arises when trying to decide what state to choose for each application.  This would depend on the needs of the system and what it is being used for.  An understanding of the required switching type and action is needed to determine this.

For reed switches, the most common switch types are single pole single throw (SPST) and single pole double throw (SPDT).  SPST switches have an “on” state where an electrical current can flow through and an “off” state where no electrical current can flow.  SPDT switches from one “on” state to an alternative “on” state, so a current is always flowing.   These are often identified by a letter which is called a “form factor”, this letter or form factor simply states the switch type and whether they are normally open or normally closed, for magnetic float switches this is normally form A, form B or form C.

When used in a float switch, the introduction of a magnetic field over a Form A SPST normally open switch occurs when the float with a magnet in rises or falls to the switch point, the switch is then closed and a current is allowed to flow.

For a Form B SPST normally closed switch, the introduction of the magnetic field would cause the switch to open and break the flow of electricity.

Switching actions are chosen depending on the type of switch you have (SPST or SPDT) and then by the action your want to occur.

To understand the different uses of this, one of the simplest applications is to picture the position of the float when being used for a high level alarm in an empty tank.

When empty, the float is at its lowest point and “at rest”, at this point the electrical circuit can be setup so that the state is open circuit (NO) or closed circuit (NC). For a high level alarm this could be chosen as open circuit (NO) as the reed switch being open would stop the flow of electricity and the lamp would be off.

As the fluid rises in the tank and reaches the float, the float becomes buoyant and the magnet moves over the reed switch causing it to close and activate.  This allows an electrical current to flow and light the high level lamp.  A Make on Rise (MOR) switching action would be specified to

Often this also activates an audible alarm and can also be used to automatically switch off a filling valve to stop the level rising further. 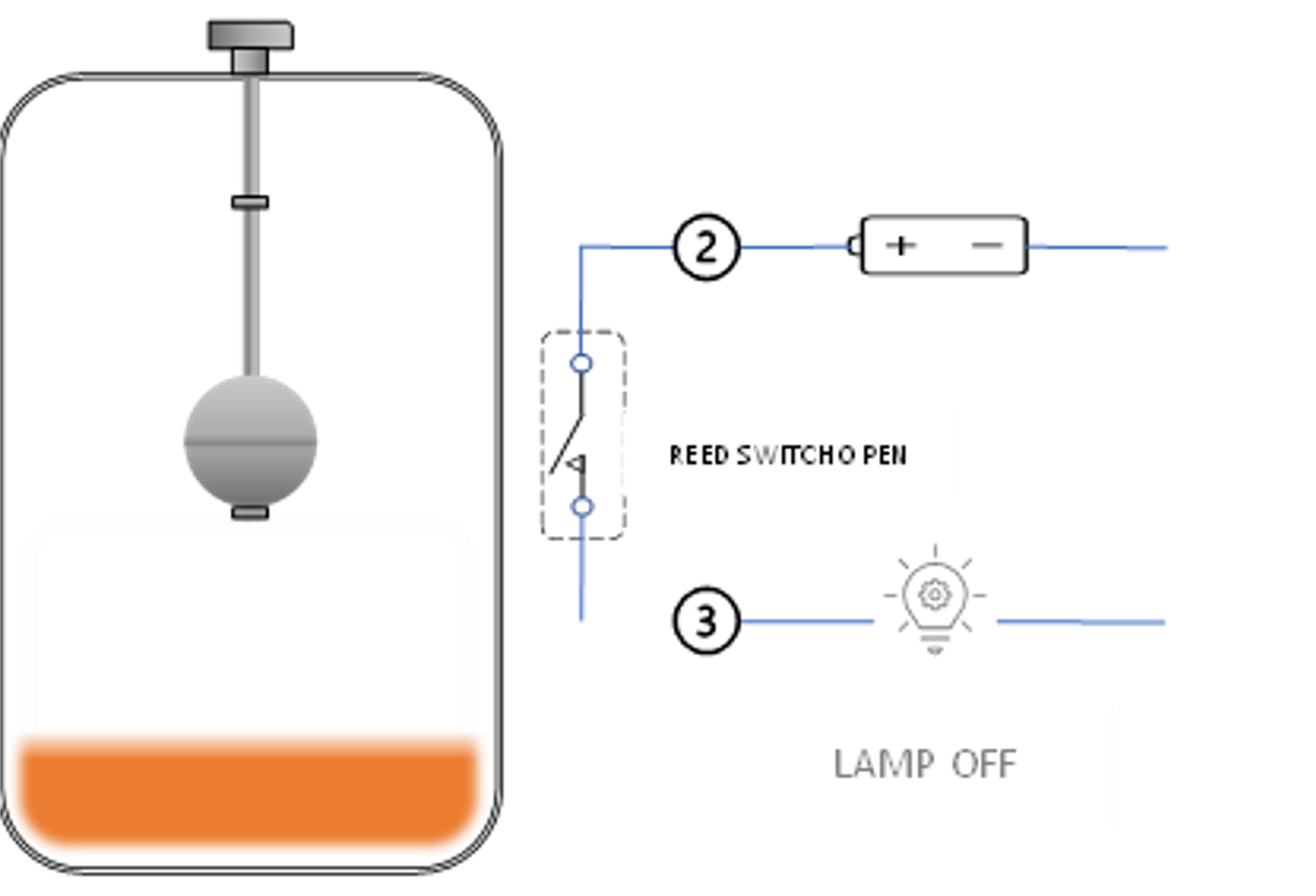 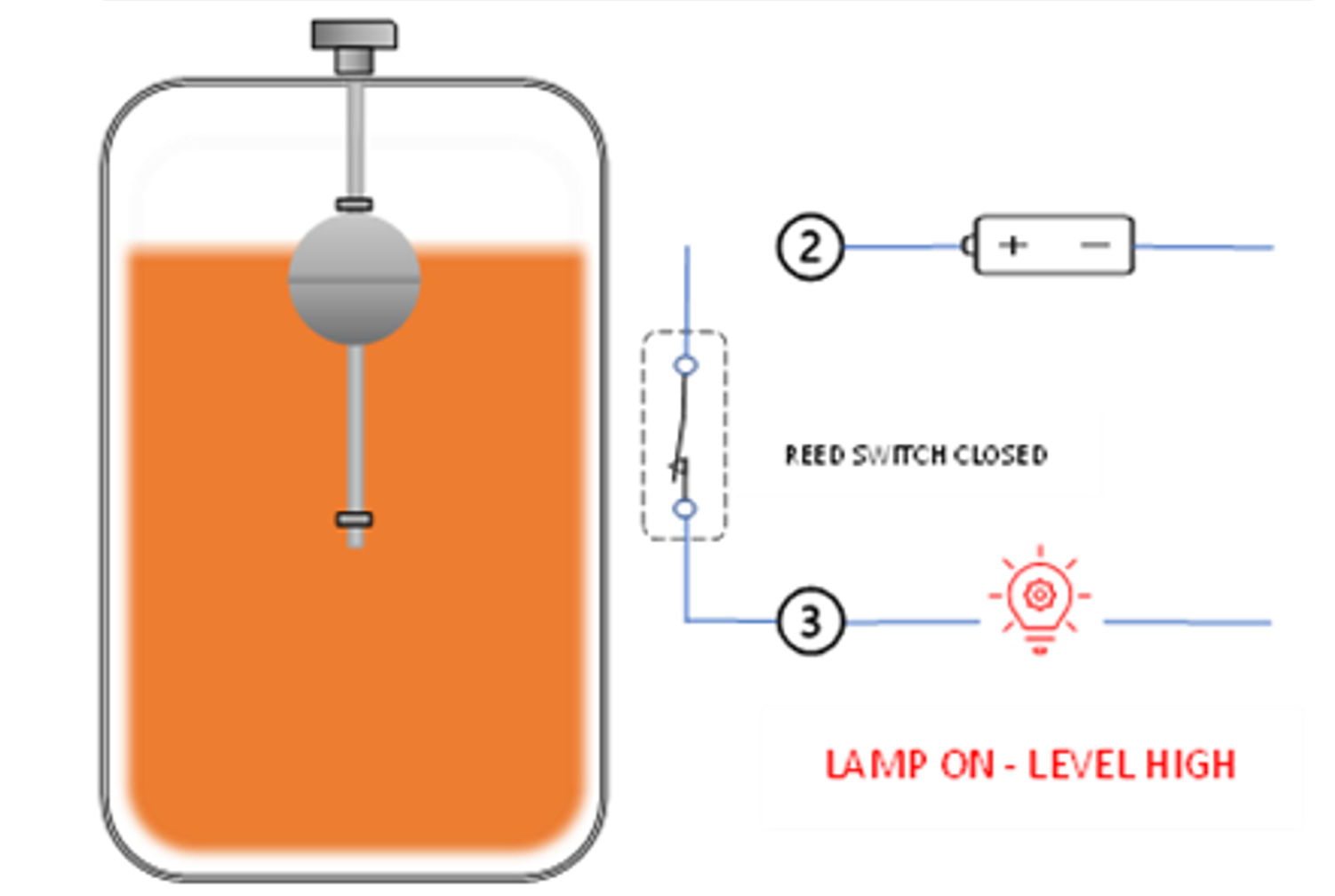 People often ask what the difference is between a make on rise switch (MOR) and a break on fall (BOF) switch as they are both activated/closed switches when the float is in the up position.  This is determined by the normal state of the float and the form factor of the switch specified.  In this instance, the float is normally open (Form A – NO) and only activated when the level has become high, therefore it is a make on rise (MOR) switch.

Alternatively if a pump was being used to control the filling of the tank, the high level switch could be set to normally closed (Form B – NC), as this would allow the pump to operate up until the switch point then with a break on rise (BOR) action, stop the flow of electricity around the circuit causing the pump to switch off.  The switching actions for pump control is covered in more detail in our pump control blog (to follow).

If we were to require a continuous electrical current to flow through, for instance to include a “level ok/normal” lamp and a “high level” lamp, then we would look to use a SPDT Form C switch.  With the float in the normal position the common would be linked through the normally closed (NC) contact and would enable the “level normal” lamp to light up.  If the float were to rise the magnetic field would create a change on rise (COR) action across the reed switch with the common now being connected to the normally open (NO) contact, switching off the “level normal” lamp and switching on the “level high” lamp. 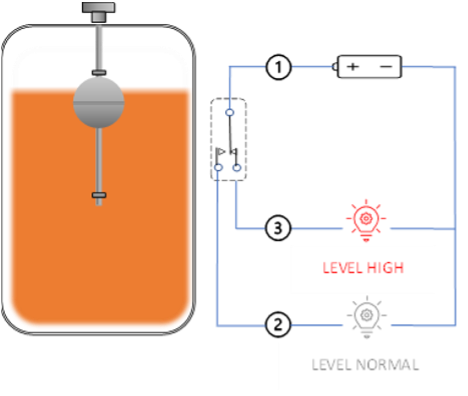 When selecting a magnetic reed switch configuration for your application there are a number of additional factors that need to be considered.  These include:

It should also be noted that Form A and Form B reed switches can be wired in either direction with no real consequences, however when using a Form C switch it is normal for the electrical source to be connected to the common contact to allow the SPDT functionality to work correctly.

If you need assistance in choosing the switch type required for your application please contact our sales team and arrange for a call with one of our applications engineers.